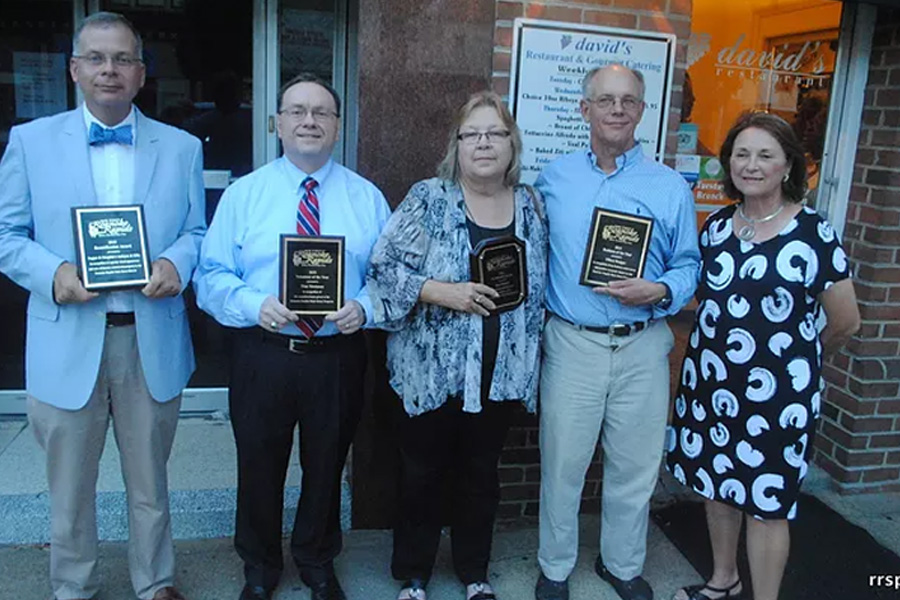 Volunteer of the Year went to Titus Workman, publisher of the Daily Herald, who will also be president of the Main Street board for the current fiscal year.

The Beautification Award was given to John Wesley Pepper, who is an owner of Pepper & Doughtie Antiques & Gifts on Roanoke Avenue.

The Main Street Business of the Year award went to Tillery Designs, another avenue business.

Moseley presented the Main Street President's Award to Kim Simpson Hager, one of the early supporters of the program.

Main Street Roanoke Rapids encompasses the second largest such district in the state, stretching from KapStone to the Junction, Caudle noted as she gave the report.

There was a 45 percent increase in new jobs, Caudle told the audience, with 42 new jobs created in the business district.

Also reflected in her report was the gain of 19 new businesses, compared to five closings and one expansion.

Cumulative, there have been 97 businesses opened; 25 closed and two expansions. She reported 35 percent of all permits issued by the city are within the business district.

One of the most important aspects of the program, Caudle told the audience, are the volunteer hours logged.

There were nine special events in the past fiscal year that drew in 3,500 people and $20,000 spent while visiting.

In the new fiscal year the goal is to tour Main Street cities and host a leadership series; promotion to host special events and redevelop through facade grants and develop an urban green space and to recruit new businesses and volunteers.

The program will be making use of the hashtag #mainstreetrr in all its social media platforms and is asking people who visit to do the same. While older generations may not be familiar with the tool, Caudle said, “The up and coming millennials were born with smart phones in in their hands.”

Caudle said the main way to help the business district economy is, “To shop local. When you shop local more dollars stay in the economy. We really need to point out our positive assets.”